If you’re like me and love ❤️ the new “script setup” syntax, you’ve probably been wondering when we could start using it on our current Nuxt (2) projects. Well, the wait is over! Thanks to the Nuxt team, now it’s possible. Let’s see how, but first...

# What is script setup?

<script setup> refers to the latest Vue API for authoring components. It is the recommended syntax if you're using the Composition API in Single File Components (SFC). This is what it looks like:

If you want to use it in an existing Nuxt (v2) application, you have two options:

Starting in v0.28.0, the Composition API Nuxt module includes unplugin-vue2-script-setup which enables the <script setup> syntax out of the box.

First, you will need to install the Composition API Nuxt module if you don’t have it yet (or update it to v0.28.0 or higher). You can see the docs here.

After that, you can start using <script setup> in Nuxt component and pages:

Only downside I see is that adding a JavaScript library makes your JS bundle bigger. So, it needs to be justified. More on that later.

Nuxt Bridge is a Nuxt module that allows you to use the Nuxt 3 features of tomorrow into your Nuxt 2 application today. It sits between Nuxt v2 and v3, backporting Nuxt v3 features into Nuxt v2. Straight from the docs:

Using Nuxt Bridge, you can make sure your project is (almost) ready for Nuxt 3 and have the best developer experience without needing a major rewrite or risk breaking changes.

Migrating your Nuxt app to Nuxt Bridge also requires changing your nuxt dependency into nuxt-edge@latest. Fortunately, the Nuxt team has put together an installation guide. I recommend you follow all the steps described in that link.

Regarding the current status of the different Nuxt builds –Nuxt 2, Nuxt Bridge, Nuxt 3– you can refer to this table for a comparison between them. At least, at the current state, the Nuxt team agrees that:

At least for me, <script setup> is *the way* of writing Vue components from now on.

Being able to use this modern syntax today in a Nuxt 2 app is a complete bliss. ✨🚀

I’ve prepared a live demo so you can play, watch, and even break the code all by yourself.

Use Composition API to easily handle API requests in Vue.js

Not sure how to organize your API client in Vue.js? Learn this simple technique on how to do it using the new Composition API and make it easy. 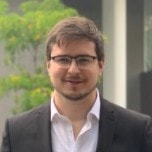 Create a i18n Plugin with Composition API in Vue.js 3

A example on how to use the inject and provide functions to create a i18n plugin using Composition API in Vue.js 3.

Quick tip on how to access the old this.$refs by using ref() in the new Composition API in Vue.js 3 components.