Some time ago I wanted to apply lazy loading in images in order to load them only when they enter the viewport. Researching I found different ways to do it, but they were a bit more cumbersome than what I wanted.

I wanted something as simple as having the same <img> tag that gets lazy loaded. That's why I created v-lazy-image, a Vue.js component that imitates the <img> tag API and applies lazy loading.

It also makes easy for you to achieve max performance by using responsive images and applying progressive image loading effortlessly, but let me show you the most simple case.

v-lazy-image supports Vue 3+, but it has a compatible Vue 2 version.

To use it, once you install it by running npm install v-lazy-image, just import it like a component:

And then is as simple to use as using an <img>:

# See it in action

Here's the most simple demo. It shows you how the image is lazy loaded just by using <v-lazy-image> instead of <img>.

You can check that works by opening the Devtools Network tab, check the Img filter and clear the output. Then, when you scroll down in the demo until the image shows, you'll see the image is loaded when it enters the viewport.

Psst! See that little bar on the left of that embed? If you scroll right you'll see the demo code

Here's what you should see in the Devtools: 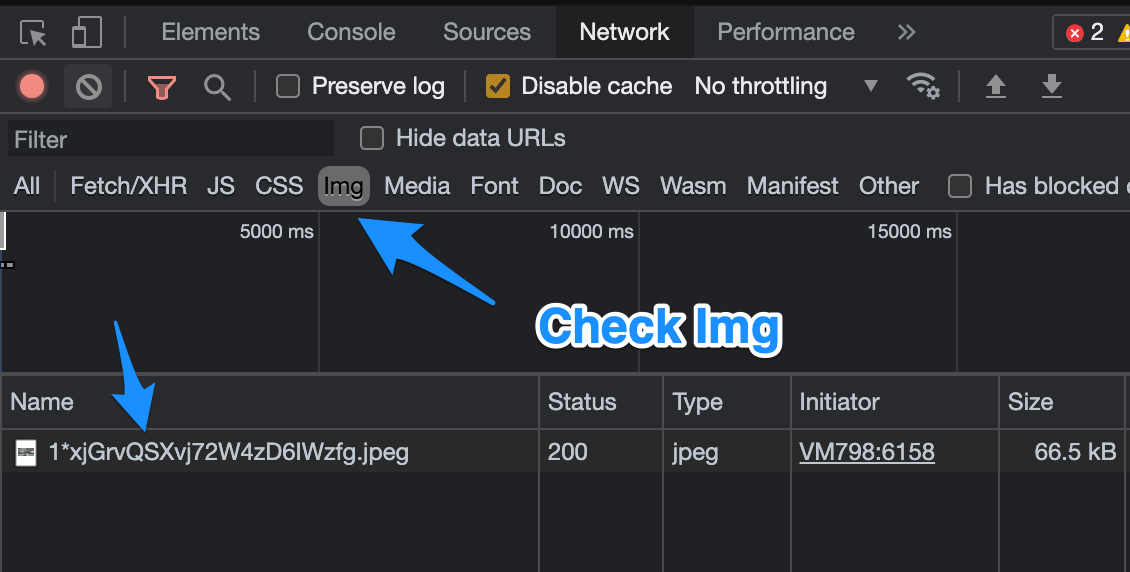 Do you think that's too basic? Yeah, the idea was to keep it basic, but I understand you want something more advanced.

In a real project you want to achieve max performance, and for that, v-lazy-image allows you to use responsive images as well as progressive image loading.

Check them out and see your web apps flying!

Don't you know what to do to improve your web performance? Learn Progressive Image Loading, a technique used by Spotify, Medium and Netflix.

Use Responsive Images with v-lazy-image

Is Web Performance a priority for you? Then read this article! You'll learn how to lazy load images with srcset and picture tag using v-lazy-image.